Federal Trade Report Paints A Bleak Picture For U.S. Because Of Globalization Of Businesses Globalization of the United States economy has had a crippling impact on American towns as free trade makes it easier for companies to move production and jobs overseas, a report from the U.S. International Trade Commission details.

The report, which assembled union representatives, economists, and others to discuss the impact of decades-long U.S. free trade policy, was requested by U.S. Trade Representative Katherine Tai and conducted in March and April of this year.

Among other findings, the report found that U.S. free trade policy has allowed companies to more readily move American jobs overseas and keep wages low for jobs that remain in the U.S.

“Participants identified trade policy as the cause of job losses. One union representative noted that trade policies often have loopholes or are manipulated by China and other countries so that the policies are not operating as intended,” the report states:

Another union representative stated that current trade agreements allow for more capital mobility than the agreements prior to the 1980s, enabling auto, electronics, and steel manufacturers to move overseas for any number of reasons. Various union representatives explained that companies are able to use the threat of moving jobs overseas for various reasons — such as better tax implications and lower wages — to limit the power of labor unions and keep domestic wages down. [Emphasis added]

When U.S. free trade policy enables companies to offshore production, the report states, American employees are not the only ones directly impacted by such moves. Towns and communities as a whole, along with Americans in supporting industries, feel the devastating impact as well. 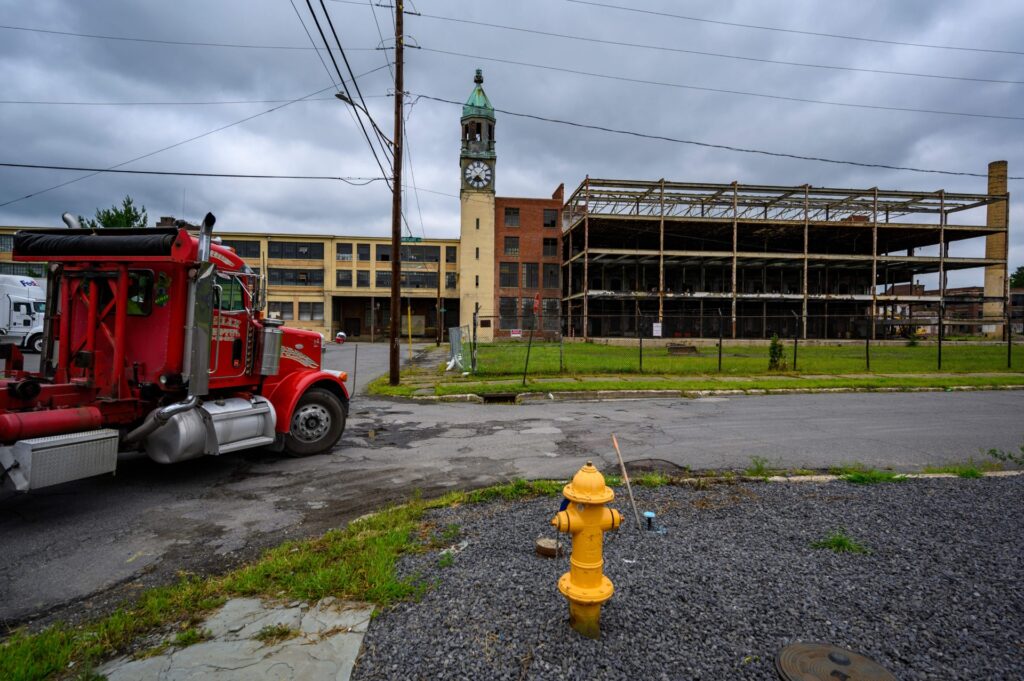 The abandoned “Scranton Lace Company” factory is seen in Scranton, Pennsylvania, on August 11, 2020, the landmark factory where former Secretary of State and Democratic Presidential candidate Hillary Rodham Clinton’s grandfather used to work was closed in 2002. (ERIC BARADAT/AFP via Getty Images)

“Participants noted that, when jobs are lost, local businesses — such as gas stations and restaurants — that rely on affected workers as customers and clients, as well as other businesses in the industry’s supply chain, suffer as a result,” the report states. “A retired steelworker also noted that company bankruptcies can have effects beyond job loss, such as lost pensions.”

In particular, when a plant closed in Beaver County, Pennsylvania, the report states, because of U.S. free trade policy, neighboring mom-and-pop shops, local businesses, and grocery stores suffered tremendously to stay afloat. Many ended up closing as well.

“Another union representative noted that, when General Motors Company shut down production in Lansing, Michigan, jobs throughout the local community suffered as a result,” the report states:

Two other union representatives spoke about the impact of plant closures and production cutbacks on employees. An academic and a business owner reported that plant closures can lead to the loss of opportunity for upward career mobility and a shift to services jobs that tend to have lower wages and fewer benefits. Other union representatives, including one who is retired, said that the closure of the General Motors plant in Lordstown, Ohio, in 2019, and the threat of offshoring has been used to suppress worker wages and benefits. Another union representative spoke about Cooper Tire in Finley, Ohio, which reportedly faced competition from dumped imports from China in 2007. Employees at this facility were reportedly scheduled for shifts that were two days on and two days off and could not file for unemployment. [Emphasis added]

In Rep. Tim Ryan’s northeast Ohio district, nearly 25,000 manufacturing jobs have been lost over the last two decades. At the same time, drug overdose deaths in the area have skyrocketed by 400 percent in some communities.

“A retired union representative said that families and neighborhoods in the Mahoning Valley and Youngstown, Ohio, are still being affected by manufacturing job losses that occurred over 40 years ago, as well as more recent plant closures,” the report states. “She described a cycle of decline, decay, and blight, as the population has dropped to one-third of its previous size and homes lay vacant as children and grandchildren move away.”

The economic and social decay of Ryan’s district is partially why Ohio’s Senator-elect J.D. Vance explained to Breitbart News last month that tariffs on foreign imports must be the center of the nation’s industrial policy to “rebuild the industrial heartland of America.” 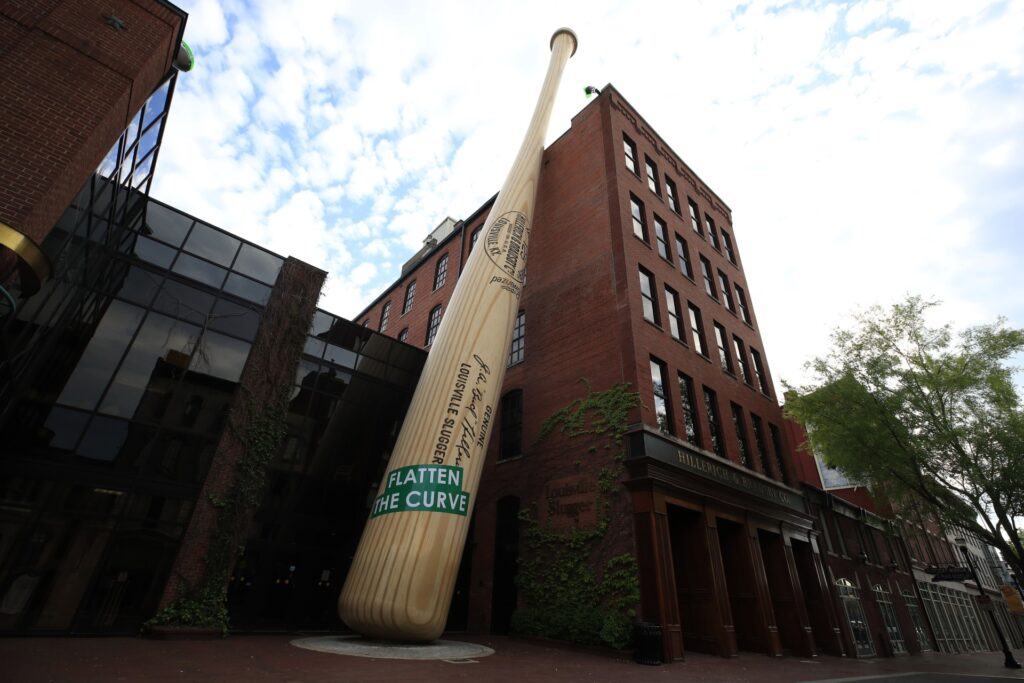 The company that produces Louisville Slugger wooden bats has closed its factory and museum on April 20, 2020 in Louisville, Kentucky. The 165-year-old company that produces 2 million wooden bats a year, including some 50,000 destined for Major League Baseball, closed its factory and popular museum in March, furloughing 90 percent of its employees amid the ongoing coronavirus pandemic. (Andy Lyons/Getty Images)

Offshoring, spurred by U.S. free trade policy, is not letting up.

This month, for example, executives with technology parts manufacturer Jabil Inc. announced that they would be laying off about 1,400 of their American employees in California and closing six plants across the state.

Similarly, a 125-year-old plant Avon plant in Suffern, New York is shuttering and laying off nearly 140 of its American employees. Avon executives said those U.S. jobs will be sent to Brazil and Poland where the price of labor is substantially lower.

Also this month, medical device company Vapotherm announced that it is closing its Exeter, New Hampshire manufacturing plant, laying off nearly 50 of its American employees, and sending production to low-wage Tijuana, Mexico.

Executives with Norcold, the refrigerator manufacturer, are laying off nearly 360 of their American employees at two Shelby County, Ohio plants and sending all production to foreign countries.

John Binder is a reporter for Breitbart News. Email him at jbinder@breitbart.com. Follow him on Twitter here.