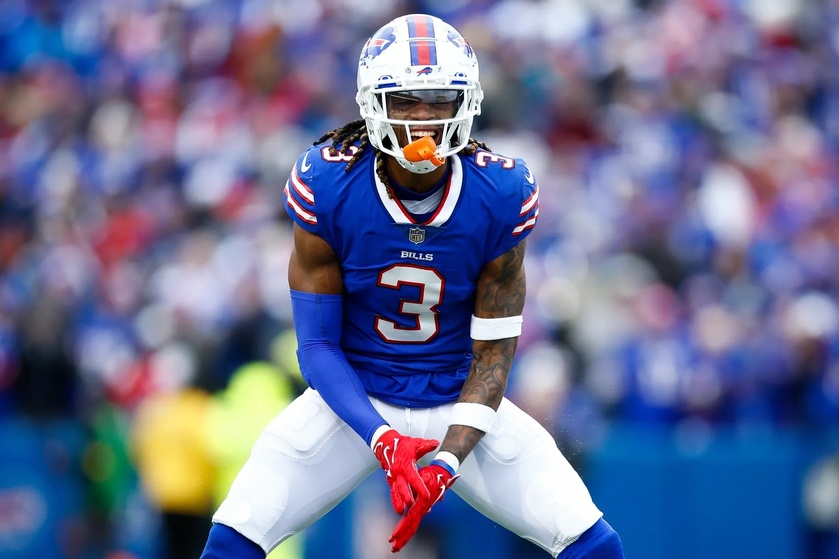 Let’s just cut to the chase, shall we? According to “the science” — as espoused by Scientific American (SA) — Damar Hamlin’s on field collapse in last Monday’s NFL game was the result of . . . . . . racism. You might as well just go ahead and file this one under “Sh-t You Can’t Make Up,” because it only gets worse from here. In the words of most any local news station’s sports anchor, “Let’s go straight to the videotape…” (Er . . . article.)

“This ordinary violence has always riddled the sport and it affects all players. But Black players are disproportionately affected. While Black men are severely underrepresented in positions of power across football organizations, such as coaching and management, they are overrepresented on the gridiron.”

I hope you caught that, on your own: Black men, “are overrepresented on the gridiron?”

That’s where we are now? Damned if you do, damned if you don’t hire enough Black men? The very next sentence of the article admits, “Non-white players account for70 percent of the NFL . . .,” and everyone reading this commentary knows that if that number were reversed, the theme of the SA article would be how underrepresented the NFL is by BIPOC folk. Because . . . racism.

More from “the science”:

“While this form of entertainment [excessive violence] has been normalized, Hamlin’s injury demonstrates that ordinary violence has potentially deadly consequences, and highlights how Black men’s athletic labor sustains this brutal system.”

Most everyone knows the name Jackie Robinson, the first Black man to play on a Major League Baseball team, (1947), but almost no one knows that in 1920, Fritz Pollard became the first Black man to play in the NFL. There then followed a 12-year moratorium on the signing of any other Blacks in the NFL, until the barrier was permanently broken in 1946. But the insinuation of this article is that the brutality of the American football game is only sustained by the exploitation of Black athletes. Never you mind the talent . . . or the multi-million dollar contracts . . . or the incomparable level of personal, voluntary, longterm dedication, and hard work required to become an athlete in such rare and elite demand.

Because Green Bay’s only Black population of the 1960s was that of the team’s players, themselves, there were no barber shops that knew how to cut and style his Black players’ hair. Once a week, Lombardi would send them, on the team bus down to Milwaukee, for haircuts. When playing away games in southern cities, Lombardi forcefully refused to allow his Black players to be segregated or discriminated against by those hotels and restaurants. In fact, if he learned any restaurant or bar wouldn’t serve his Black players, he declared those establishments “off limits” to allhis players.

Lombardi was also known to treat Black players fairly and equitably in contract negotiations. He was as even-handedly — and famously — a hard-ass on everyone . . . White or Black. Lombardi set the standard, both on and off the field of play, and the dye was cast in the NFL for full integration and recognition of talent and financial worth, regardless of skin color.

“On these playing fields, ones that sociologist Billy Hawkins would argue are never theoretically far from plantation fields, financial stakeholders value Black bodies for their productive potential and physical prowess.”

There you have it. The football fields are never far removed from the “plantation fields” for those with “Black bodies.” Remember when former NFL quarterback Colin Kaepernick compared the NFL Draft process to slavery? I mean . . . minus the factno African slave trader had ever violently rounded him up, placed him in chains, sold him to a European slave trader — against his will — and then shipped him over to be assessed and sold to NFL team owners through their annual draft combine?

“The science” does admit:

“While I am not aware of research that compares the rate of injury between Black and white football players, heatstrokes, ACL and labrum tears, ankle sprains, bone breaks, and concussions are just a few of the consequences of how these bodies are used.”

My own guess would be — given 70% of NFL players are not White — Blacks sustain a higher percentage of those injuries. (Duh.)

Then “the science” really goes off the  . . . uh . . . plantation, in describing how both college and professional athletes were forced to perform during the COVID lockdowns:

“Players in all five major Division I conferences risked their health with an unpredictable and sometimes deadly virus to play a high-contact sport in almost empty stadiums to satisfy their universities, as well as television fans and the broadcasters who capitalize off their viewership . . . [calling] to mind ‘the history of slavery and the plantation economy.’ The anti-Blackness of the system is inescapable.”

Here, “the science” of American football’s racism collides with the alleged “science” of COVID. A virus which is statistically less deadly to the age range and health of those athletes, than is their car ride to school, is correlated into “the history of slavery and the plantation economy.”

The article concludes with the usual disclaimer:

“This is an opinion and analysis article, and the views expressed by the author or authors are not necessarily those of Scientific American.”

Given Scientific American’s demonstrably leftist stances on climate change and the COVID vaccines, I’d venture to say the views expressed by this article are also right up their editorial staff’s alley.