In just a few days, control of the U.S. House of Representatives will be officially handed to Democrats as the new Congress begins its two-year lifespan. I am certain that Americans who live in those 40 Congressional districts from which enough new members were elected to the House to wrest House control away from the GOP are excited to FINALLY see the logjam of almost zero legislation from the House end and NEW and exciting governance begin, right? WRONG! Here’s what House Democrats who are about to take control are preparing to do: INVESTIGATE! CNN put it best:

(CNN) The House Judiciary Committee is looking for a few good lawyers.

A recent committee job posting reviewed by CNN asked for legislative counsels with a variety of expertise: “criminal law, immigration law, constitutional law, intellectual property law, commercial and administrative law (including antitrust and bankruptcy), or oversight work.”
The House Oversight and Government Reform Committee needs lawyers, too, posting jobs for “executive branch investigative counsel.”
The advertisements give a window into the Democratic recruiting that’s ramped up ahead of the party gaining subpoena power for the first time in eight years when it takes over the House in January. 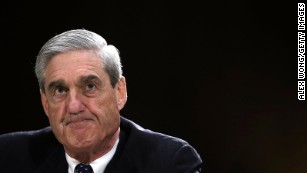 While Democrats publicly talk up their interest in focusing on legislative priorities like health care and voting rights — not to mention ending the ongoing partial government shutdown — they are quietly preparing for what will likely be the largest congressional investigation of a sitting president in recent memory. Party leaders and committee chairs have spent months ironing out potential targets, from President Donald Trump’s taxes and business dealings to the conduct of current and former Cabinet members.
To handle all this investigative work, House Democrats are expected to double the number of their staffers. Though they can’t officially hire anyone until the new Congress is seated, plans are well underway, with House members saying that candidates — especially those with specific investigative skills, from money laundering to contracting — are coming from all directions.
“They’re finding us,” said Rep. Adam Smith, a Washington state Democrat who will be taking over the House Armed Services Committee, which will have a significant piece of foreign policy oversight. “There are a lot of Democratic refugees out there after the Republicans took over the House, the Senate, and the White House.”

If you think that with a new House of Representatives we will finally see legislation passed in Congress to initiate a slew of new and meaningful bills to address the very necessary but forgotten deficiencies in Americans’ lives, you are sadly mistaken. First, a divided Congress is doomed to fail to get anything meaningful passed. Think about it: with a House and Senate with relatively small GOP control over the past two years, very little legislation could get passed. It seems that GOP Congressional leaders could never get enough of their members on the same page to get anything done. Just imagine how much more fragmented Congress will be in 2019.

What do Americans really want Congress to get done?

Robert Mueller and his team have already spent a reported $25 million investigating collusion during the 2016 election cycle between Russians and members of the Trump Campaign. $25 million! So far, not one person has been found guilty. Sure, partisan hacks scream that multiple indictments have been issued, several arrests have been made, and some are going to jail. None of them were charged or convicted of doing anything having to do with President (or “Candidate”) Trump or any members of his campaign. Don’t you find it odd that such a whopping amount of taxpayer dollars would so flippantly be thrown away in this manner? What price is a justifiable price for the wrongdoing that Mueller and his team have unearthed?

Don’t you think that enough is enough? (If you don’t, you’re probably an elected official, Democrat Party hack, or someone that simply hates Donald Trump)

We are about to enter a never-seen-before time in the United States in which a political party is going to take over the “purse” of the American people and direct additional millions of dollars to investigate Donald Trump! Why? Simple: They want him gone.

The answer to that question lingers. But one possibility continues to creep into my consciousness more and more regularly: what are they trying to hide from Americans? What do they not want the populace to know that they feel that on the watch of this leader and his aggressiveness toward Democrats might be exposed? What could it or those be?

While you are wondering too, you might ask these questions:

In the meantime, the southern border is leaking like a sieve and illegal migrants are pouring into the U.S. While border officials watch in dismay, federal judges apparently in cahoots with Leftists continue to tie the hands of President Trump as he tries to fulfill Americans’ wish for border security and meaningful immigration law enforcement.

Does anyone but me feel aghast that American citizens must scream at Washington D.C. to enforce federal laws, to beg for our government to stop illegals from murdering, raping, and terrorizing legal Americans? When will this nonsense stop?

I can tell you when: not until Americans stop simply saying “Enough is enough” and take actions to either stop it themselves or put people in office who will stop it by forcing everyone to abide by legally passed laws. And the practice of using liberal federal judges to rule against duly passed laws allowing open-borders philosophies propagated by the Left must be stopped for that to happen.

I don’t know for certain when it will happen. But what I DO know for certain is that the 116th Congressional House of Representatives is not planning for ANY OF THE THINGS WE HAVE DISCUSSED IN THIS STORY TO HAPPEN!

Oops….I’m wrong. They ARE planning on spending more of our money conducting dozens of “new” investigations into Donald Trump. For what?

“I heard that he took two sugar packages and stuck them in his pocket when he and Melania stopped for lunch at Bubba’s Cafe in southern Alabama in October of 2017. The cad! He needs to be forced out of the White House for that! Which is he guilty of by stealing that sugar: High Crimes or Misdemeanors?”