ISIS is as of Today no Longer in Mosul

The Ministry of Defense of Iraq has announced Thursday that ISIS terrorists have been eliminated or knocked out of all districts of the city of Mosul, Sky News Arabia reports.

“ISIS no longer has a single district in Mosul. The militants have no choice but to surrender. The IS presence in Iraq has ended forever,” the ministry said as quoted by Sky News Arabia. 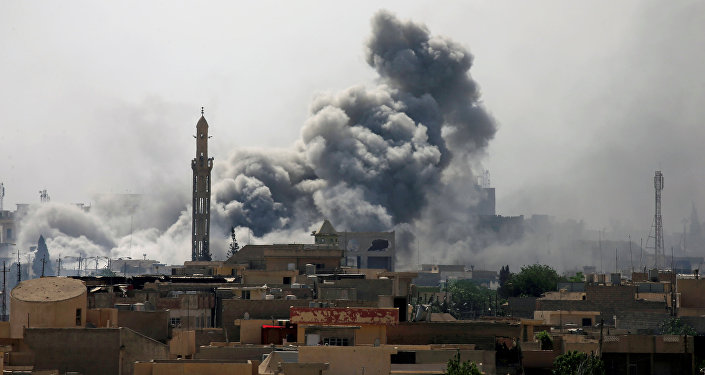 Earlier on Thursday, Iraqi government troops captured the 845 year-old Grand al-Nuri Mosque in Mosul from where ISIS proclaimed its self-styled caliphate three years ago.  For more than eight months, the northern city of Mosul served as the de facto capital of ISIS in Iraq.  Following the seizing of the mosque, Iraqi state TV broadcasted a message announcing the “fall of the mythical state,” referring to ISIS.  “Their mythical state has fallen,” Brigadier General Yahya Rasool, an Iraqi military spokesman, told state TV.The ISIS terror group took over Mosul in June 2014, and the operation aimed at liberating the city from terrorists started in October 2016. The eastern part of the city was liberated by Iraqi and US-led coalition forces in late January. A month later, the Iraqi forces began the operation aimed at liberating western Mosul from ISIS.  The US-led coalition of 69 members is conducting airstrikes, ground-based and rocket-propelled artillery fire against the ISIS in Syria and Iraq. Unlike the coalition illegitimate status of operation in Syria, the strikes in Iraq are conducted in support of the Iraqi government.