Remember: Banks Too Big To Fail? Part I

Not much is known by average American citizens about banking — other than depositing money, withdrawing money, obtaining a loan to buy a car or home improvements. But as you can imagine, there’s a whole lot more to banking than that.

Many people are afraid of banks and bankers, simply because there is so little known about them and how they operate. The “unknown” always leads to fear and concern, especially when the unknown is a mysterious person or a group of mysterious people. Certainly that applies to the entities and people who control the collection and distribution of pretty much all the cash on Earth.

Americans have watched the news the last decade in which financial scandal after scandal have been exposed in the banking community. And then there was the Bush 43 bailout of almost every bank in the U.S. that was underwritten by the American people. In most cases, that bailout helped to avoid a U.S. financial explosion initiated by unsafe bank investments in shaky and heretofore unexplored financial areas. Those were called “derivatives.” For the sake of time we will not go into that near-collapse or derivatives themselves.

What we DO know for certain is that most of the World banking operations are controlled (and many are owned) by a small number of people. Hints of that fact occasionally have appeared in media reports, but usually only when there’s some type of financial boondoggle that happens on a small scale. But did you know banking in the U.S. is controlled primarily by a very small group of powerful individuals and families? Not only that, but the mystical “Federal Reserve” is the principal entity used by the purveyors of U.S. finance on every level to direct and control all things pertaining to finance.

Today and tomorrow  we will take a look at those entities, families, and people who control each of our financial lives in two parts. You’ll be shocked, but you’ll be educated. It is important for all to know exactly what’s going on to the best of our ability. And that includes banking.

You may be tempted to let details here get boring to you. Don’t! Over the next decade, what you know about banking may save your retirement and protect your children and grandchildren. All these names we list are important. Some you’ve heard before, others not. But make some notes. You will hear ALL these names (at least of those still alive) throughout news reports in coming days and months.

Let’s start with the Rockefellers. You may be surprised that they certainly are into banking, but there into much, much, more!

Their monopoly over the global economy does not end at the edge of the oil patch. According to company 10K filings to the SEC, the Four Horsemen of Banking are among the top ten stock holders of virtually every Fortune 500 corporation.

So who then are the stockholders in these money center banks? This information is guarded much more closely. Inquiries to bank regulatory agencies regarding stock ownership in the top 25 U.S. bank holding companies were given Freedom of Information Act status, before being denied on “national security” grounds. This is rather ironic, since many of the bank’s stockholders reside in Europe. One of the biggest entities that owns these bank holding companies is U.S. Trust Corporation – founded in 1853 and now owned by Bank of America. A recent U.S. Trust Corporate Director and Honorary Trustee was Walter Rothschild.

Other directors included Daniel Davison of JP Morgan Chase, Richard Tucker of Exxon Mobil, Daniel Roberts of Citigroup and Marshall Schwartz of Morgan Stanley. J. W. McCallister, an oil industry insider with House of Saud connections, wrote in The Grim Reaper that information he acquired from Saudi bankers cited 80% ownership of the New York Federal Reserve Bank — by far the most powerful Fed branch — by just eight families, four of which reside in the U.S.

They are the Goldman Sachs, Rockefellers, Lehmans and Kuhn Loebs of New York, the Rothschilds of Paris and London, the Warburgs of Hamburg, the Lazards of Paris, and the Israel Moses Seifs of Rome.

Schauf lists William Rockefeller, Paul Warburg, Jacob Schiff and James Stillman as individuals who own large shares of the Fed. The Schiffs are insiders at Kuhn Loeb. The Stillmans are Citigroup insiders, who married into the Rockefeller clan at the turn of the century. Eustace Mullins came to the same conclusions in his book The Secrets of the Federal Reserve, in which he displays charts connecting the Fed and its member banks to the families of Rothschild, Warburg, Rockefeller and the others.

The control that these banking families exert over the global economy cannot be overstated and is quite intentionally kept in secrecy. Their corporate media arm is quick to discredit any information exposing this private central banking group as “conspiracy theory.” Yet the facts remain.

In 1903 Banker’s Trust was set up by the Eight Families. Benjamin Strong of Banker’s Trust was the first Governor of the New York Federal Reserve Bank. The 1913 creation of the Fed fused the power of the Eight Families to the military and diplomatic might of the U.S. government. If their overseas loans went unpaid, the powerful banks could now deploy U.S. Marines to collect the debts. Morgan, Chase and Citibank formed an international lending syndicate. The House of Morgan was cozy with the British House of Windsor and the Italian House of Savoy. The Kuhn Loebs, Warburgs, Lehmans, Lazards, Israel Moses Seifs and Goldman Sachs also had close ties to European royalty.

By 1895 Morgan controlled the flow of gold in and out of the U.S. The first American wave of mergers was still a baby and was being promoted by the bankers. In 1897 there were sixty-nine industrial mergers. By 1899 there were twelve-hundred. In 1904 John Moody – founder of Moody’s Investor Services – said it was impossible to talk of Rockefeller and Morgan interests as separate. Public distrust of the group spread.

Many considered them traitors working for European old money. Rockefeller’s Standard Oil, Andrew Carnegie’s U.S. Steel and Edward Harriman’s railroads were all financed by banker Jacob Schiff at Kuhn Loeb, who worked closely with the European Rothschilds. Several Western states banned the bankers. Preacher William Jennings Bryan was three-times the Democratic nominee for President from 1896 -1908. The central theme of his campaign was that America was falling into a trap of “financial servitude to British capital.” Teddy Roosevelt defeated Bryan in 1908, but was forced by this financial-fear wildfire to enact the Sherman Anti-Trust Act. He then went after the Standard Oil Trust.

That same year Mrs. Edward Harriman sold her shares in New York’s Guaranty Trust Bank to J.P. Morgan, creating Morgan Guaranty Trust. Judge Louis Brandeis convinced President Woodrow Wilson to call for an end to interbank bank directors. In 1914 the Clayton Anti-Trust Act was passed. Jack Morgan – J. Pierpont’s son and successor – responded by calling on Morgan clients Remington and Winchester to increase arms production. He argued that the US needed to enter WWI. Prodded by the Carnegie Foundation and others, Wilson followed through.

The House of Morgan financed half the U.S. war effort, and got commissions for lining up contractors like GE, Du Pont, US Steel, Kennecott and ASARCO. All were Morgan clients. The 1919 Paris Peace Conference was presided over by Morgan, which led both German and Allied reconstruction efforts.

House Banking Committee Chairman Louis McFadden (D-NY) said of the Great Depression, “It was no accident. It was a carefully contrived occurrence…The international bankers sought to bring about a condition of despair here so they might emerge as rulers of us all.” Sen. Gerald Nye (D-ND) chaired a munitions investigation in 1936. Nye concluded that the House of Morgan had plunged the U.S. into WWI to protect loans and create a booming arms industry. 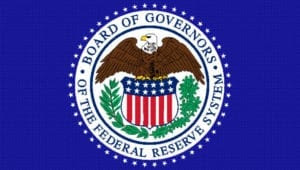 In 1937 Interior Secretary Harold Ickes warned of the influence of “America’s 60 Families.” Supreme Court Justice William O. Douglas stated this, “Morgan influence…the most pernicious one in industry and finance today.” Jack Morgan responded by nudging the U.S. towards WWII. Morgan had close relations with the Iwasaki and Dan families – Japan’s two wealthiest clans – who have owned Mitsubishi and Mitsui, respectively, since the companies emerged from 17th Century shogunates.

When Japan invaded Manchuria, slaughtering Chinese peasants at Nanking, Morgan downplayed the incident. Morgan also had close relations with Italian fascist Benito Mussolini, while German Nazi Dr. Hjalmer Schacht was a Morgan Bank go-between during WWII. After the war Morgan representatives met with Schacht at the Bank of International Settlements (BIS) in Basel, Switzerland. The House of Rockefeller BIS is the most powerful bank in the world, a global central bank for the Eight Families who control the private central banks of almost all Western and developing nations.

The first President of BIS was Rockefeller banker Gates McGarrah — an official at Chase Manhattan and the Federal Reserve. McGarrah was the grandfather of former CIA director Richard Helms. The Rockefellers — like the Morgans — had close ties to London. David Icke writes in Children of the Matrix, that the Rockefellers and Morgans were just “gofers” for the European Rothschilds. 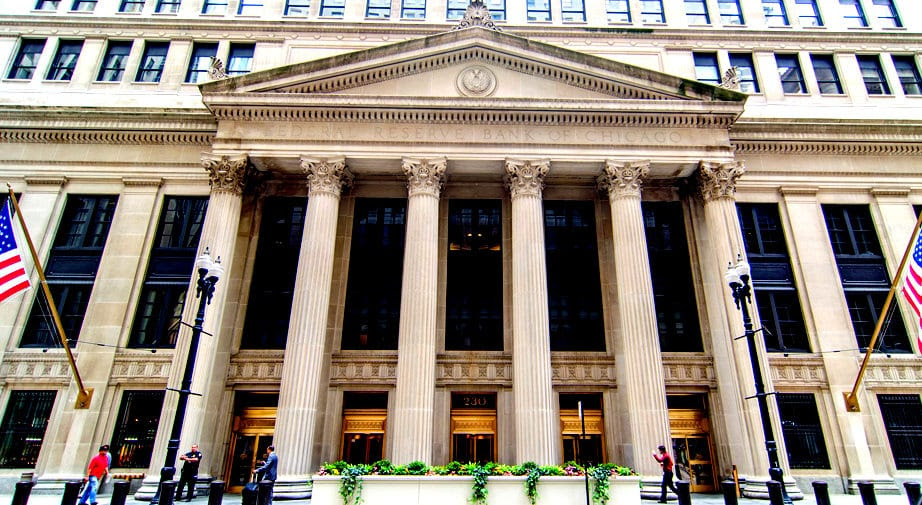 BIS is owned by the Federal Reserve, Bank of England, Bank of Italy, Bank of Canada, Swiss National Bank, Nederlandsche Bank, Bundesbank and Bank of France. Historian Carroll Quigley wrote in his epic book Tragedy and Hope that BIS was part of a plan, “to create a world system of financial control in private hands able to dominate the political system of each country and the economy of the world as a whole…to be controlled in a feudalistic fashion by the central banks of the world acting in concert by secret agreements.”

The US government had a historical distrust of BIS, lobbying unsuccessfully for its demise at the 1944 post-WWII Bretton Woods Conference. Instead the Eight Families’ power was exacerbated, with the Bretton Woods creation of the IMF and the World Bank.

I know, I know, this was a lot of “stuff” — information. I’ll bet you knew very little about the U.S. Banking system and its history. That’s something that every American should not only know, but understand.

As the World Currency system is in transition — yes, there are serious conversations about President Trump taking the U.S. currency back to its former gold-backed status — and you need to understand how that will impact you. The best way to be prepared for future events is know the history so as to make certain the future is the best it can be made.

The Federal Reserve as always been a mystery to most. What is it? How does it function? Who controls it?  Part II of this will complete the banking history but will put you right in the middle of exactly where we stand today and how it directly and indirectly impacts us all. And we’ll break down in layman’s terms the secrets of the Federal Reserve.