Seldom do we post stories from those other than our writers. However, my college Journalism advisor, Ron White, shared an extremely stirring and timely perspective written by Gerald F. Seib for the Wall Street Journal. We are sharing it with our extensive group of partners today. Enjoy!

Battle for the GOP’s Soul? Trump Has Won 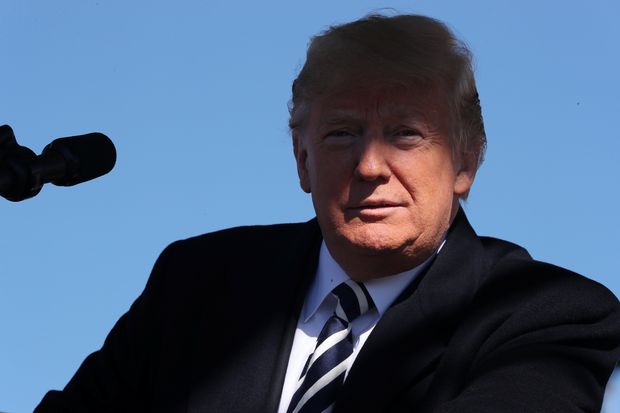 Regardless of the outcome of the midterm election, this much already has become clear: The battle for the soul of the Republican party is over, and President Trump has won.

Now, as the second anniversary of his election approaches, both of those opposition fronts have crumbled. For Republicans, for better or for worse, it’s Mr. Trump’s more-populist party now.

At the grass roots, Republicans have united behind Mr. Trump with surprising solidarity. In this campaign season, establishment GOP candidates have accepted his help and endorsement and, in many cases, mimicked his style and themes.

The furious Democratic opposition to Supreme Court nominee Brett Kavanaugh has galvanized even many Republicans dubious about Mr. Trump. They see him as a flawed but preferable alternative to a Democratic Party they dislike and fear, and appear to regard him as a useful shield against it.

Perhaps most surprising, conservatives who disdained Mr. Trump and considered his views on trade, immigration and national security to be heretical are increasingly drifting toward him. In one leading indicator, two conservative writers critical of Mr. Trump—Max Boot and Jennifer Rubin—have in recent days been attacked by other conservatives for their views.

“I do think Trump right now is winning,” says Peter Wehner, a conservative leader and former political aide in the George W. Bush White House who is a critic of the president. “He is consolidating. People are acclimating themselves to him.… The Kavanaugh hearing made it visceral.”

Frank Luntz, a Republican pollster who conducts frequent focus groups with voters around the country, says he also has been observing conservatives coalescing behind Mr. Trump—and bending to his policies.

“He’s redefined what conservatism means,” says Mr. Luntz. “I’m shocked at how many now support his trade policies. They support tariffs. On immigration, they were never for a wall. But now they are for a physical separation.”

Eight in 10 conservatives have positive feelings toward the president; by contrast, only 42% have positive views of Senate Majority Leader Mitch McConnell, largely responsible for placing dozens of new conservative judges on the federal bench.

In an indication that conservatives are adapting to Trump policies, 74% say Republicans are better than are Democrats at handling trade, and 70% say the same about immigration.

The question is how Mr. Trump, who as a candidate was openly critical of party leaders and conservative activists, has managed to establish this grip.

It isn’t necessarily because Republicans like his demeanor. In fact, many still are offended by that style. A third of Republicans say they don’t like Mr. Trump personally but approve of most of his policies.

Part of the embrace of Mr. Trump undoubtedly comes because the economy is humming along so well; Republicans are inclined to give him credit for that, and they want to be part of the trend.

Mr. Luntz says the Kavanaugh fight in particular made Republicans who had been put off by the president’s anger and insulting style begin to embrace those characteristics. “They have bought into Trump’s claim that nothing else works,” he says.

Among conservatives, Mr. Wehner says, the move back toward Mr. Trump has come at least in part because the price of fighting him has been high. “There were people willing early on to take him on and they got smashed and hammered at the base of the party and they shut up,” he says.

The party’s embrace of Mr. Trump is risky. The president isn’t just disliked but disliked intensely by a wide swath of Americans, who may be repelled by a party so closely linked to him. Mr. Trump also is pushing the GOP away from some positions that have defined Republicanism for decades, particularly on trade and internationalism. That will sow doubts among some past party members, including some in the business community, and compel a re-examination of what it means to be a Republican.

It’s also possible, of course, that this embrace is temporary, and will evaporate if the economy goes south and the party’s fortunes suffer.